Studying and Living in Australia 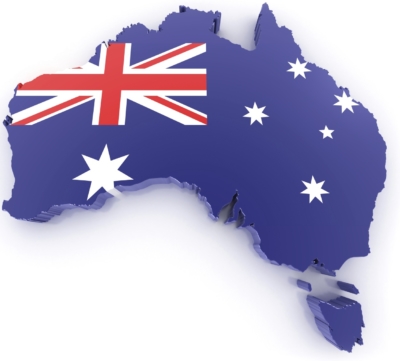 Australia is the world’s sixth-largest country by total area and has a population of approximately 23 million people, with most people staying in the 6 major Cities of Melbourne, Sydney, Adelaide, Perth, Brisbane and Darwin. The country is split into states and territories being: Victoria, New South Wales, Queensland, Northern Territory, Western Australia, South Australia and Tasmania. Australia has many attractions for international students including the high-level quality education system, climate, great lifestyle, sports, beaches, strong industries, and too many is seen as the land of opportunity. Australia’s popularity as an education destination for international students is forecasted to continue in the long term, fuelled by the economy’s continued steady growth, high standards of living and lifestyle opportunities among numerous other factors. Australia is a land of contrasts: sweeping golden beaches, coral reefs rich with marine life, tropical rainforests, mountain ranges, vast grazing lands and sparse deserts. One of the oldest continents, Australia is the only country to occupy an entire continent. Surrounded by the Indian and Pacific Oceans, Australia has many animals and plants, which are unique on the planet. The surface geology is typically old and flat with a major mountain range stretching down the eastern coast and another mountain range in the north west of the continent.

About 36 per cent of Victoria is forest. The Murray is the State’s longest river and there are a number of large inland lakes. Victoria’s vast coastline extends over 1600 kilometres, bordering the Southern Ocean and Bass Strait and separating the Australian mainland from Tasmania. Victoria is the most densely populated of Australia’s 8 States and Territories. Some 26 per cent of all Australians live in Victoria and, of those, most reside in Melbourne, the nation’s second largest city and capital of this state.

Melbourne is a great place to live and study. Melbourne has been consistently ranked as “one of the world’s most liveable cities by the economist intelligence unit (UK). The population is approximately 4.1 million. Melbourne is a sprawling city with suburbs extending up to 50km from the centre of the city. In 2000 Melbourne was accredited as a “Safe Community” by the world health organization – the first Australian capital city to achieve this standing. Melbourne’s residents represent 140 nationalities and speak 151 languages. Thirty percent of Melbourne’s total population was born overseas and Melbourne has the largest population of international students in the country. Melbourne is the capital of the State of Victoria. It is situated on the Yarra River and around Port Phillip Bay with its beautiful beaches and water sports facilities. It is a beautiful spacious city with all the parks, gardens, sporting venues and scenic places that Australian space and natural resources allow. 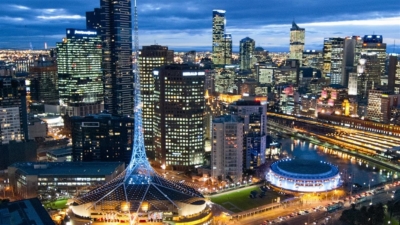 Melbourne is a world-renowned cultural, artistic, financial and communications centre served by an international airport, a cargo and passenger seaport, and rail links to neighbouring States.  The city is considered to be the shopping capital of Australia and offers some of Australia’s biggest shopping complexes as well as sophisticated, exclusive boutiques and a host of lively and popular markets. One quarter of Melbourne’s population was born overseas making it one of the world’s most multicultural cities. There are now people from 140 nations and 170 cultures living harmoniously together. This broad ethnic mix has brought many benefits to the city including a wide range of cuisines and over 2,300 elegant restaurants, bistros and cafes. Melbourne has an excellent public transport system with trams, trains and buses providing an extensive network throughout the city and suburbs.

The city centre is on the banks of the Yarra River, 5km from Port Phillip Bay.  Melbourne is only a short distance from many beautiful beaches as well as the Victorian mountain regions, where skiing is popular during winter. The city and surrounding suburbs are well serviced by a public transport network of buses, trains and trams.

Melbourne is one of the safest cities in the world to live, work and study. The locals are friendly, and the city’s multicultural vibe means you’ll instantly feel at home here. Whether you’re heading out for a bite to eat, exploring the parks and leafy boulevards or just catching the tram to Melbourne Education Institute, you’ll always feel secure and welcome.

With locally designed originals and the best of international brands to choose from, Melbourne shoppers are spoilt for choice. 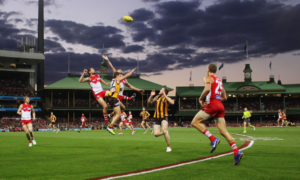 Melbourne’s sporting calendar is packed with electrifying events. Cheer on your favourites at the Australian Open Tennis Championships, A- League Soccer, Formula 1 Grand Prix and Melbourne Cup Carnival, or head to the Melbourne Cricket Ground for the best Aussie Rules football experience.

The melting pot of cultures in Melbourne is reflected in its restaurants, cafes, bistros and bars. You can feast on a dizzying spread of the world’s great cuisines or just follow your nose down a cobblestoned.  Sometimes called the culinary capital of Australia, Melbourne has a vast array of restaurants, offering a variety of international cuisine.

Bustling Chinatown in the heart of the city, serves up the finest of Asian cuisine and culture. Several other Melbourne streets are dedicated to Vietnamese, Japanese, Italian and Greek food – cuisine to suit every palate and many to suit a student’s budget.

Melbourne kicks up its heels all year round, offering everything from opera and Broadway spectaculars to contemporary dance and comedy. The art scene evolves with constant displays at museums, galleries, public art spaces and artist-run venues throughout the city. 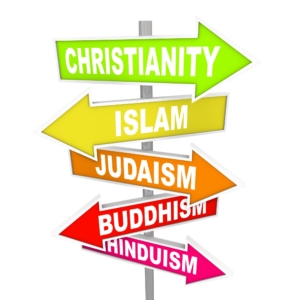 Australia is predominantly a Christian country however; all religions are represented in our multicultural society. Australians respect the freedom of people to practice their choice of religion. Churches, mosques, temples and synagogues are located in most major cities. Some universities have their own spiritual groups on campus.

As a general rule, Melbourne enjoys a temperate climate with warm to hot summers, mild and sometimes balmy springs and autumns, and cool winters.

While Melbourne has a reputation for rain, the city actually receives less rainfall than either Brisbane or Sydney.

Melbourne is an excellent place to see the seasons change. In summer, most people head out to visit our golden beaches. In autumn, experience the glorious foliage of the many European-style parks that fringe the CBD.  In winter, Melburnians enjoy the warmth of cosy cafes and bars. Spring is a time for renewal – a great time to head back into our parks and revel in our beautiful gardens.

Melbourne’s climate is mild temperate, with four distinct seasons. Average temperatures in summer are 14-24C, in spring and autumn are 10-20C, and cool winters average 7-14C.

You can check the latest weather conditions, forecasts and weather warnings at http://www.bom.gov.au/

Melbourne is located in the Australian state of Victoria. There are lots of unique attractions that are easily accessible as day trips, including:

You can visit the website for more information http://www.thatsmelbourne.com.au/visitors/tours/Pages/ToursCruises.aspx

The Australian Government’s Department of Immigration and Border Protection provides comprehensive information about student visa requirements and the application process, as well as application document checklists to assist you with your application.

If you are granted a visa, you must abide by its conditions.  Failure to comply with these conditions could result in the cancellation of your visa.

These conditions include (but are not limited to):

For the full list of mandatory and discretionary student visa conditions including rules for working while studying visit www.homeaffairs.gov.au/trav/visa/appl/student.

Other useful sources of information

Live and work in Victoria

http://www.dfat.gov.au/embassies.html has a comprehensive list of Australian embassies, high commissions, consulates and representative offices around the world.

Some Embassies/Consulates are listed below for your convenience:

For a complete list of foreign embassies in Australia visit –http://protocol.dfat.gov.au/Mission/list.rails

Note: Please refer to the Student Handbook for detailed information.

Become Part of our Institute to Achieve Your Career Goals.